Happy holidays as we godless heathens say. The next RetroStrange Movie Night: On Location is December 21st, 2021, and will be coming to you live from the Niles Brewing Company in downtown Niles, MI.

This time we’re going all-in on the jolly fat man, Santa Claus, with a dynamic duo of festive features: Santa Claus Conquers the Martians and Santa Claus Vs The Devil.

If you’ve never seen the Mexican-produced Santa Claus .vs. The Devil you are in for a real treat. Wikipedia:

On December 24, Santa prepares for his yearly journey at his Toyland castle in space. He plays the organ while his children helpers from all over the world sing. Meanwhile, in Hell, Lucifer instructs his chief demon Pitch to travel to Earth and turn the children of the world against Santa (or else he will, as punishment, eat chocolate ice cream).

We’ll be showing the slightly edited for the US version, simply called Santa Claus. Both of these features will be added to RetroStrange TV for the holiday season then taken down and put back into The RSTV Vault on January 3rd. 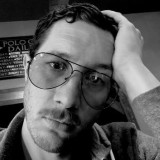